No-one would set out to create a visual strategy. But now that I’ve facilitated the creation of one, it seems such an obvious way of engaging the troops and gathering alignment, creating something that is both of the people and for the people.

Values
Maren Deepwell, CEO of ALT invited me along to a meeting of the trustees in order to visually explore the organisation’s values. Now, many of us have been exposed to values in the corporate sense – culture targets inflicted from above intended to gel an organisation together. It’s of little surprise that such a values manifesto is treated with scorn by those who are supposed to live it out, even if they hold those very values in spades.

As is the way with charities, the trustees of ALT are not paid, so each trustee has a bunch of reasons why they give of their precious time. Some perhaps are obvious, but some are much less so, regardless of which, once a trustee, no-one ever asks. So in this case, the values we explored were more character alignments – and so where better to start than asking: why are you a trustee of ALT? 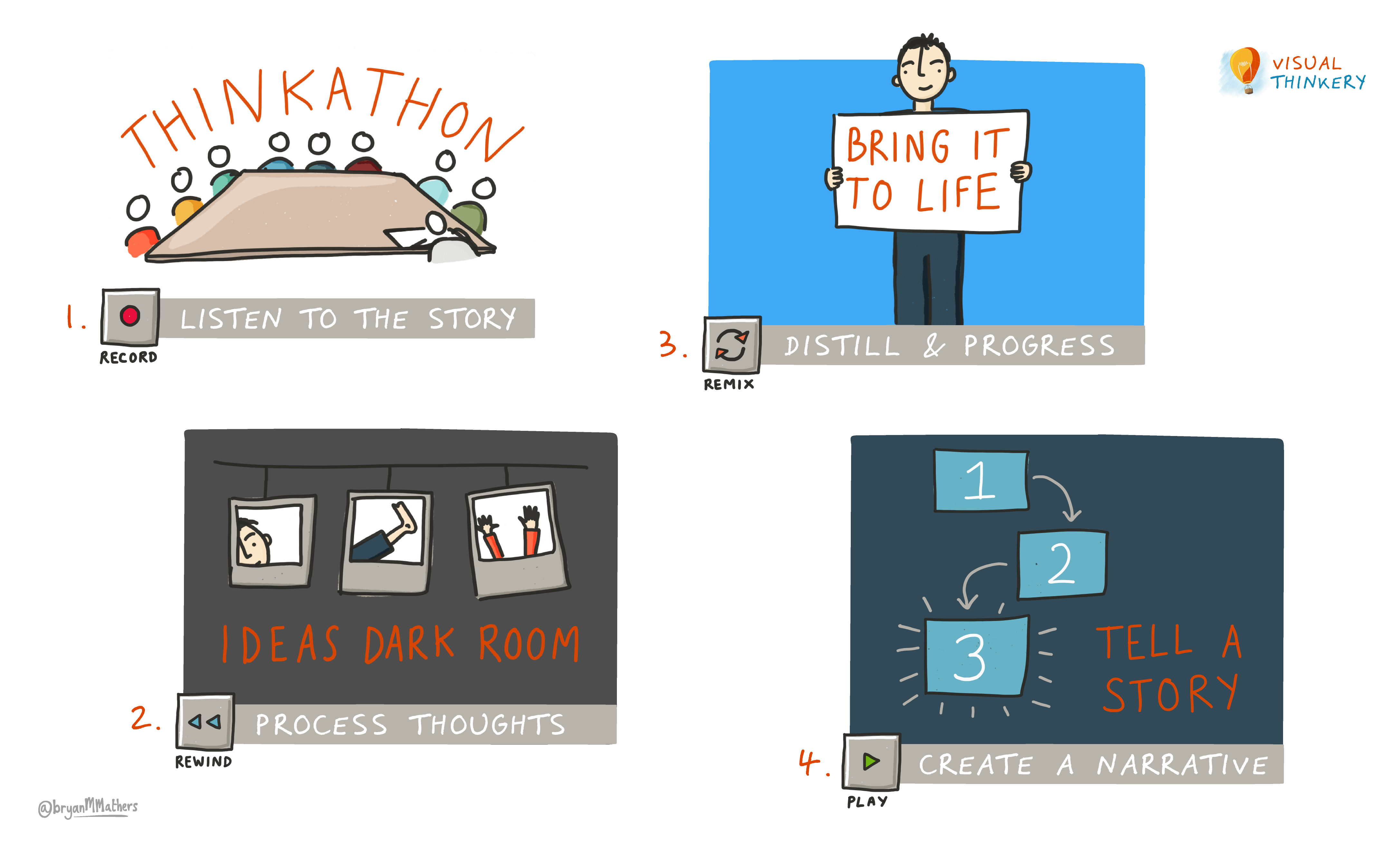 The Thinkathon
Capturing this facilitated discussion live using pen, paper, document camera and projector, allowed us to see the gems as each was uncovered, some of which resonated deeply with the group. Being external, I could contain the extroverted voices and bring out the introverted ones, as well as sidestepping any politics in the room. And as people talked, they got excited… 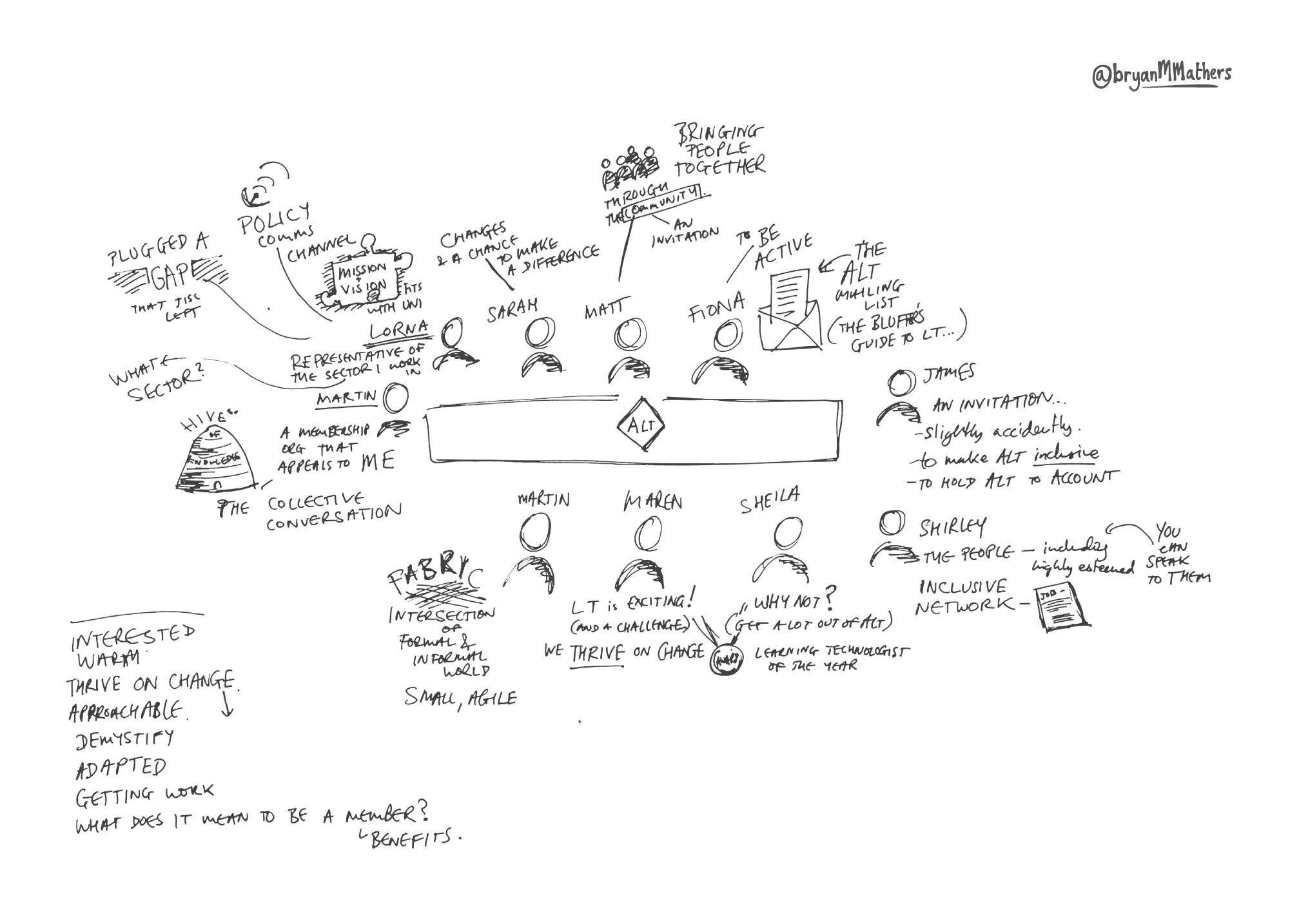 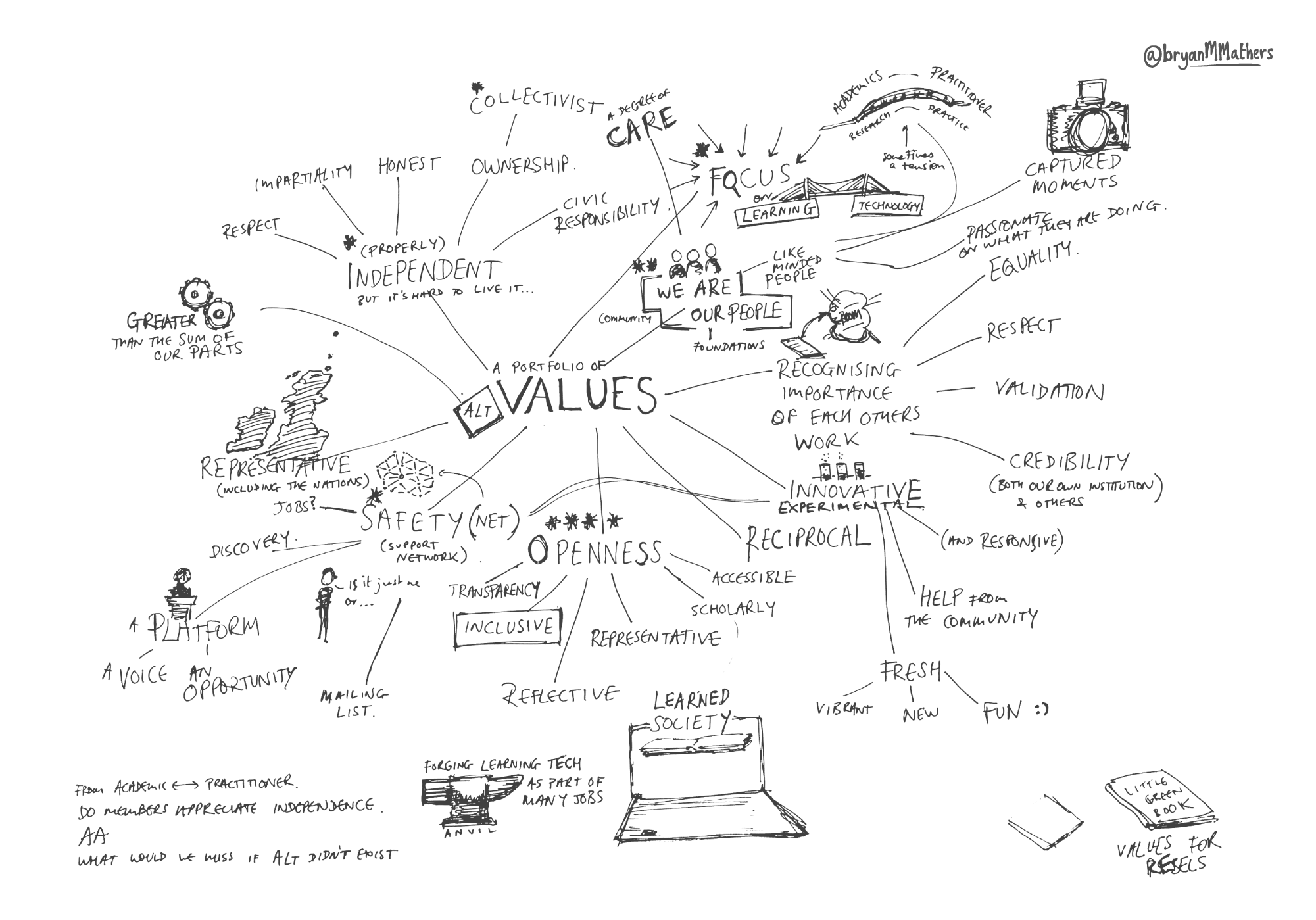 The Ideas Dark Room
Capturing a conversation leaves no time for taking ideas further – so I am always keen to drag the remnants from a Thinkathon into the Ideas Dark Room (my shed) and progress them further. The richer the conversation, the easier this part of the process is – but ideas can come from anywhere: a funny thing you notice, a subconscious metaphor with a hand gesture, an off-the-cuff comment after the session… There are questions to ask the page, and puzzles that are asking to be solved. 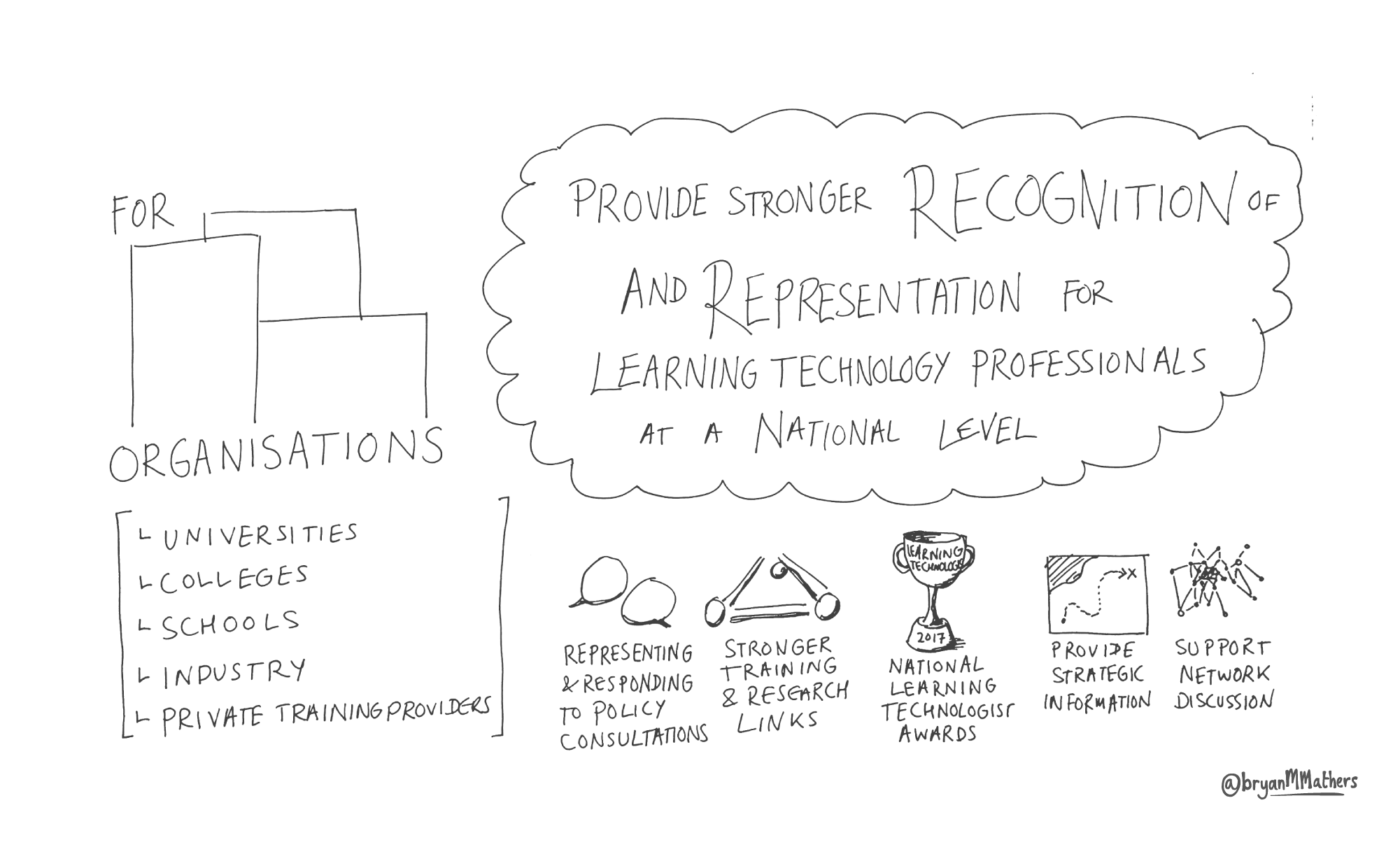 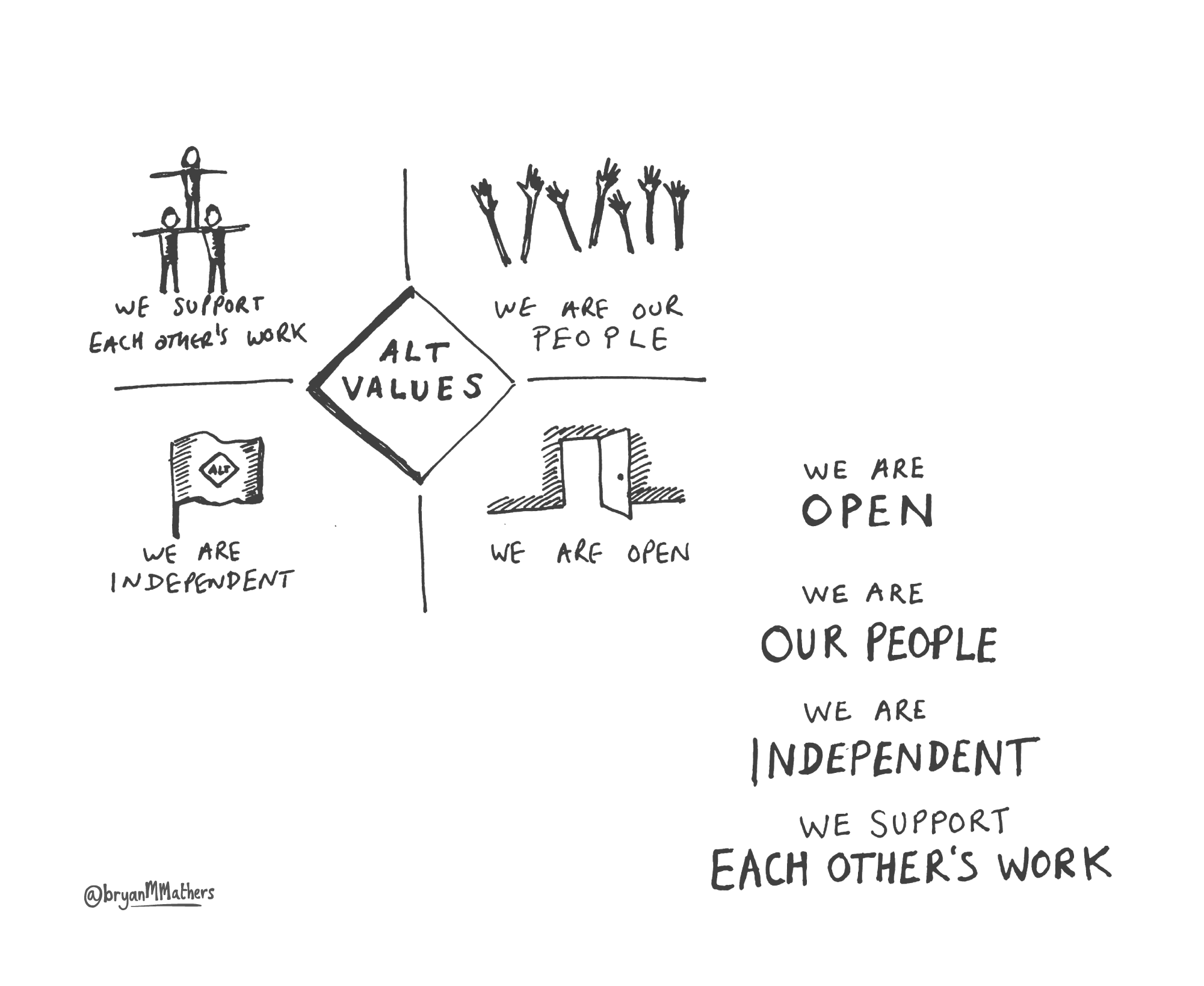 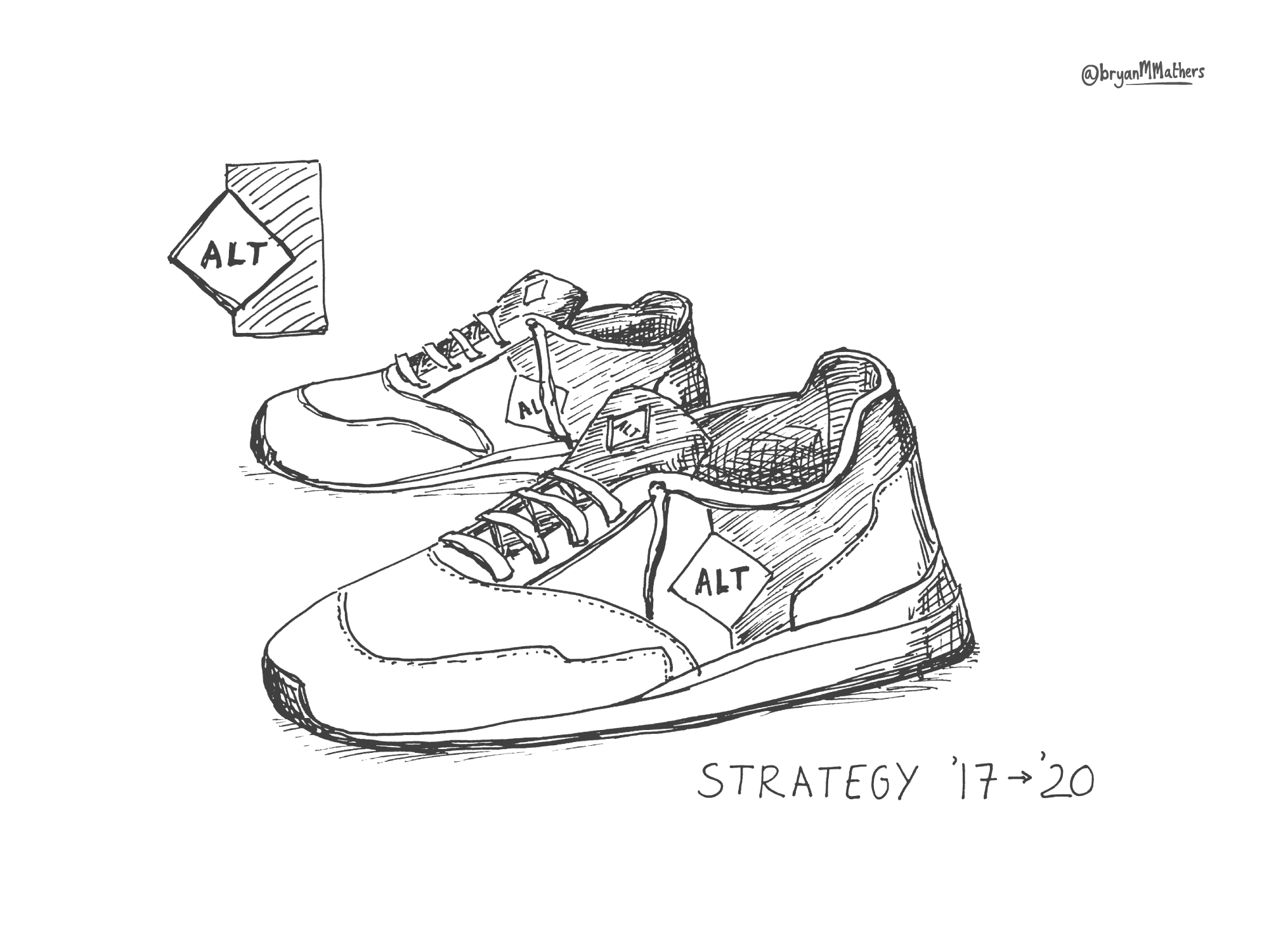 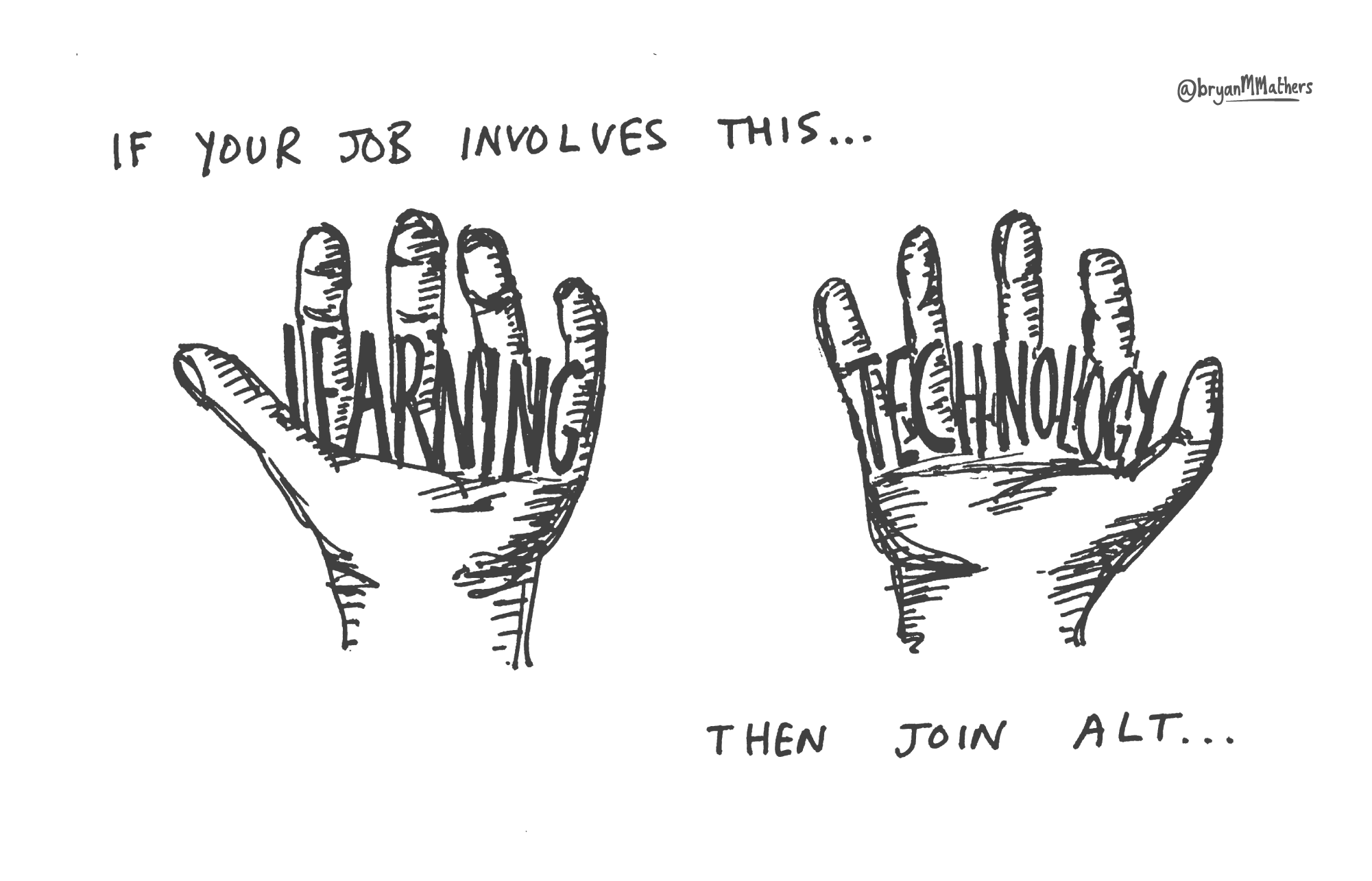 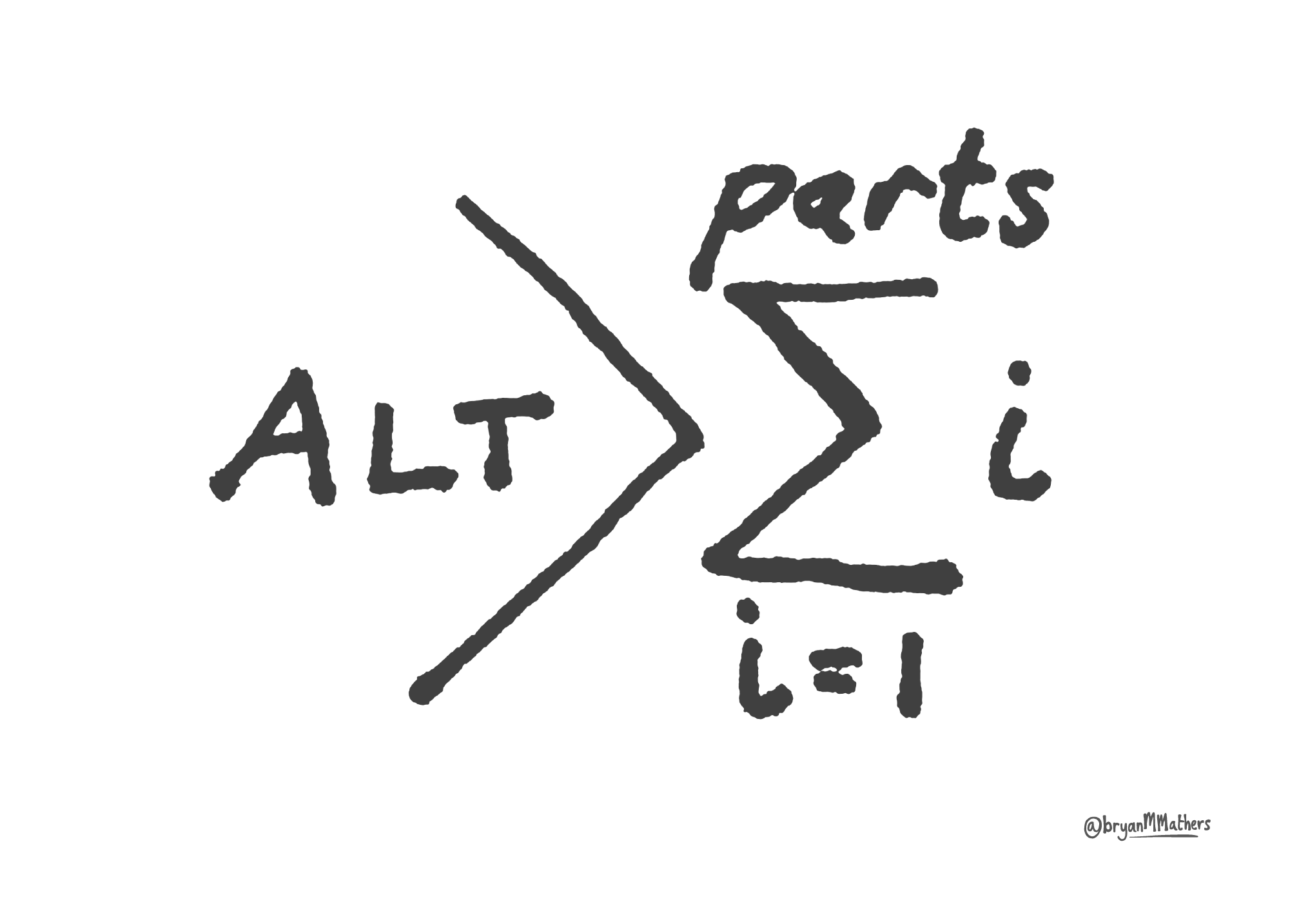 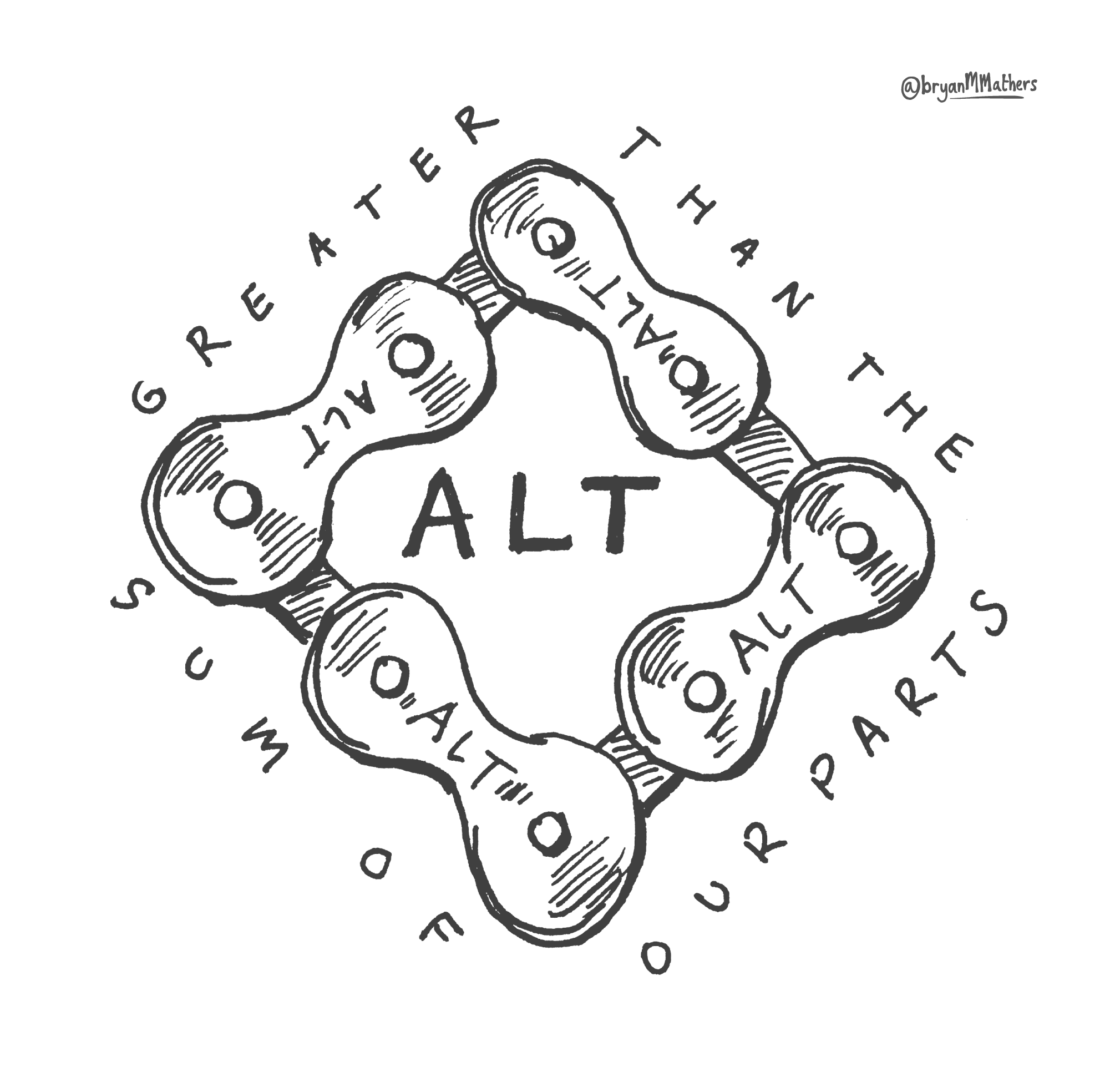 Bringing it to Life

I gathered up the sketches and sent them through to Maren and later we talked them through with some of her team. The ALT team had been working with their membership on the organisation’s draft 3-year strategy. Maren asked whether we could use the visuals from the Trustee conversations to give the strategy a feel – an aesthetic. What’s the format that will engage most members? It’s probably the same format that will engage the most yet-to-be members too… 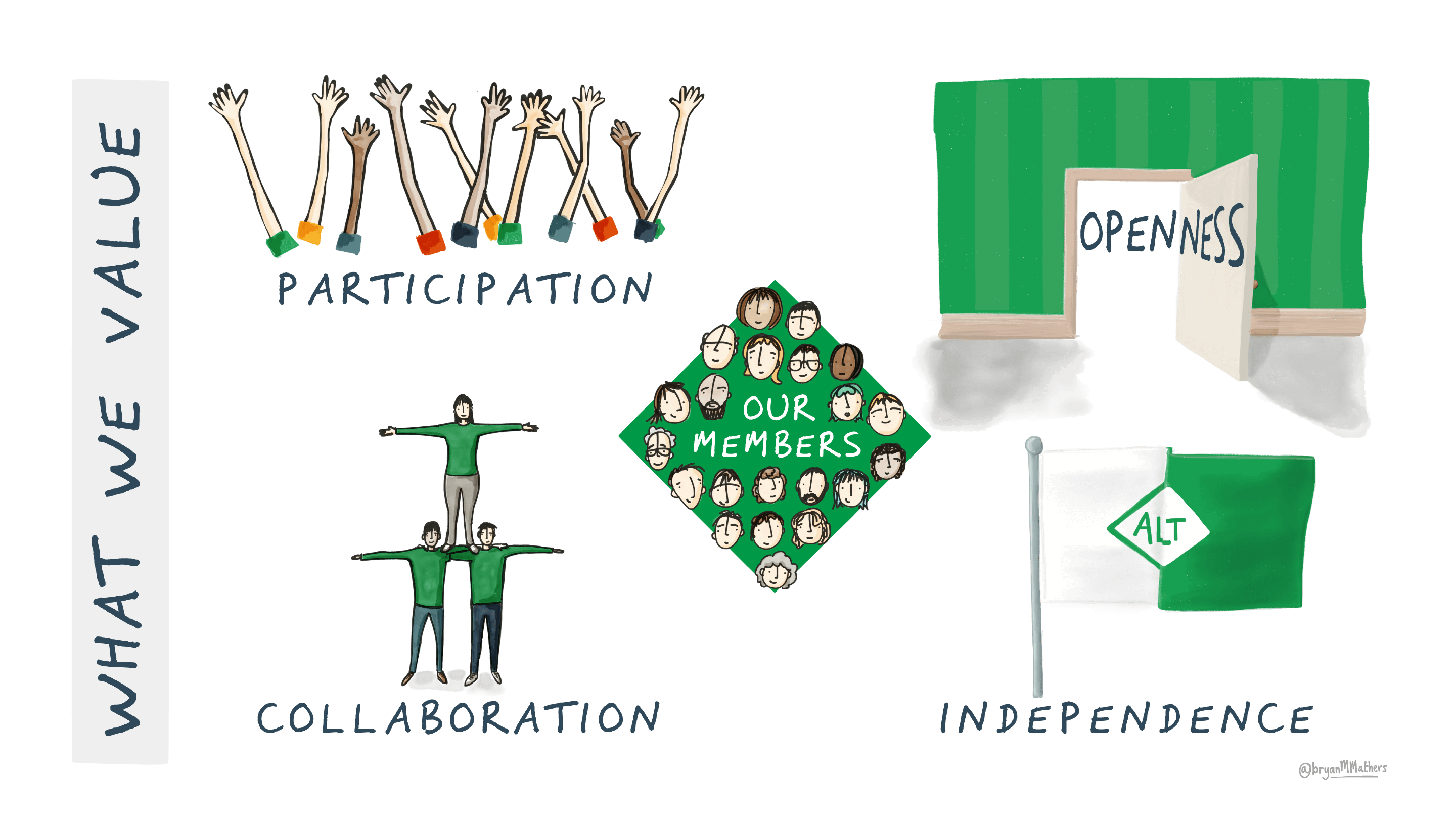 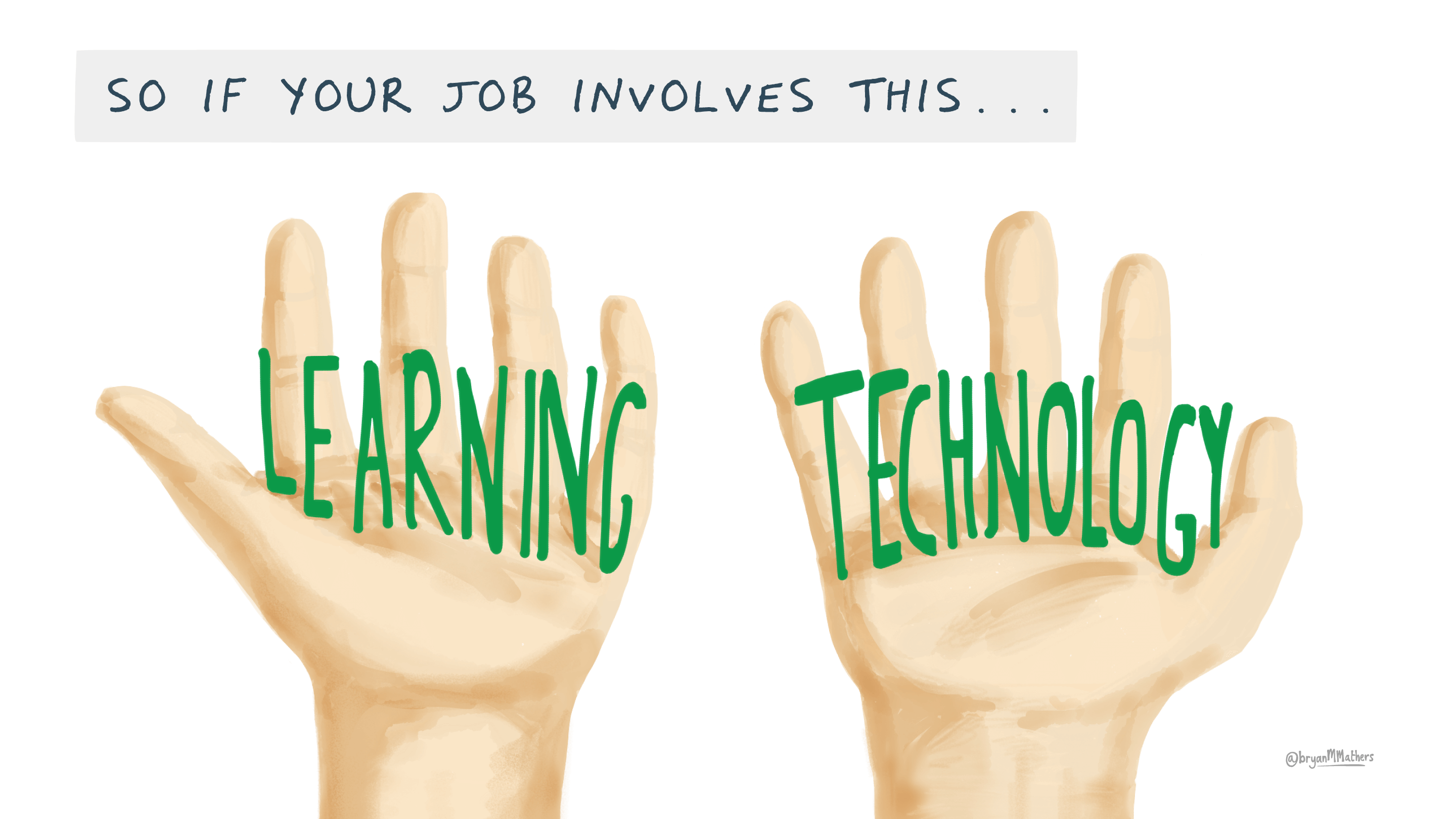 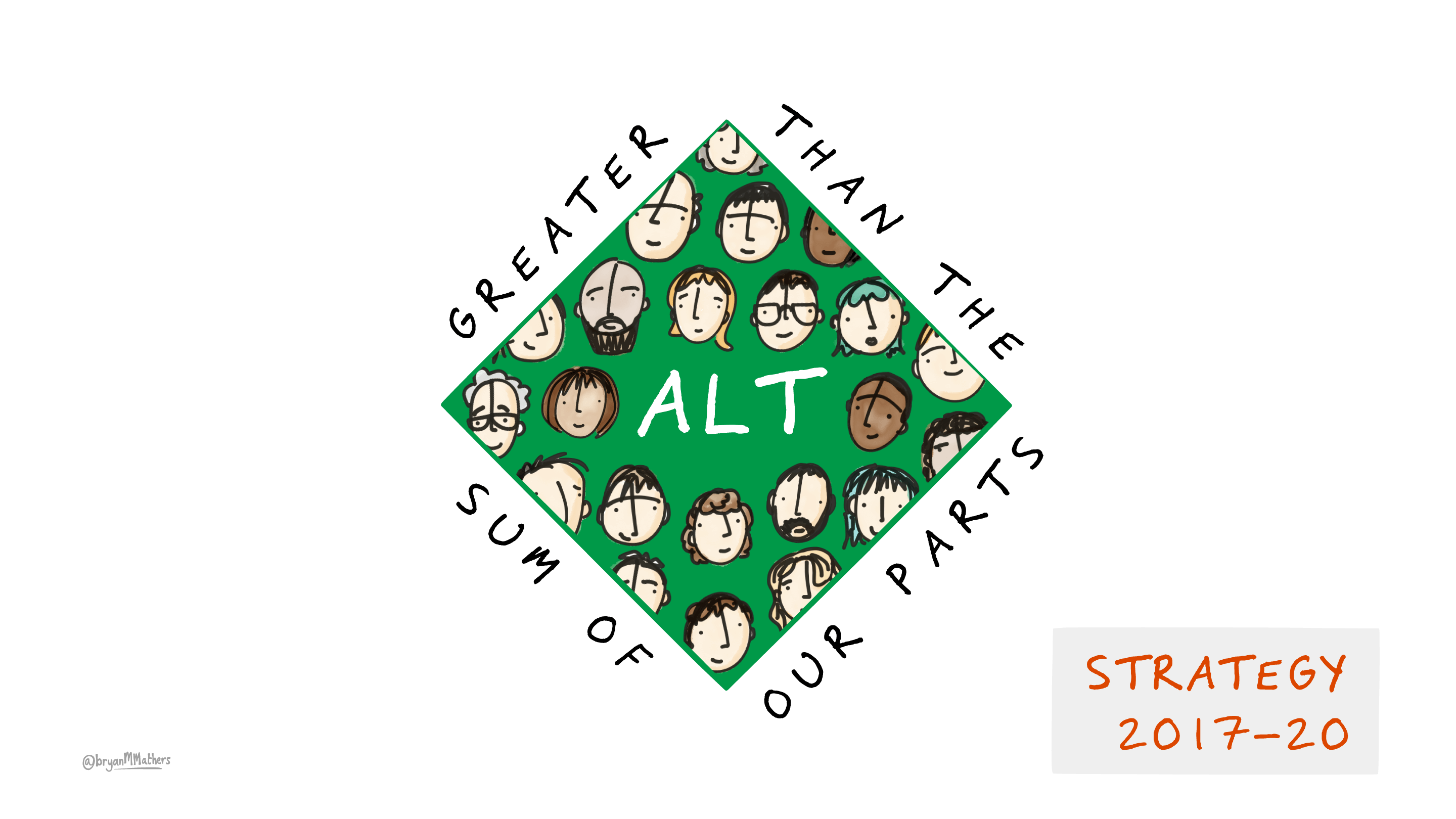 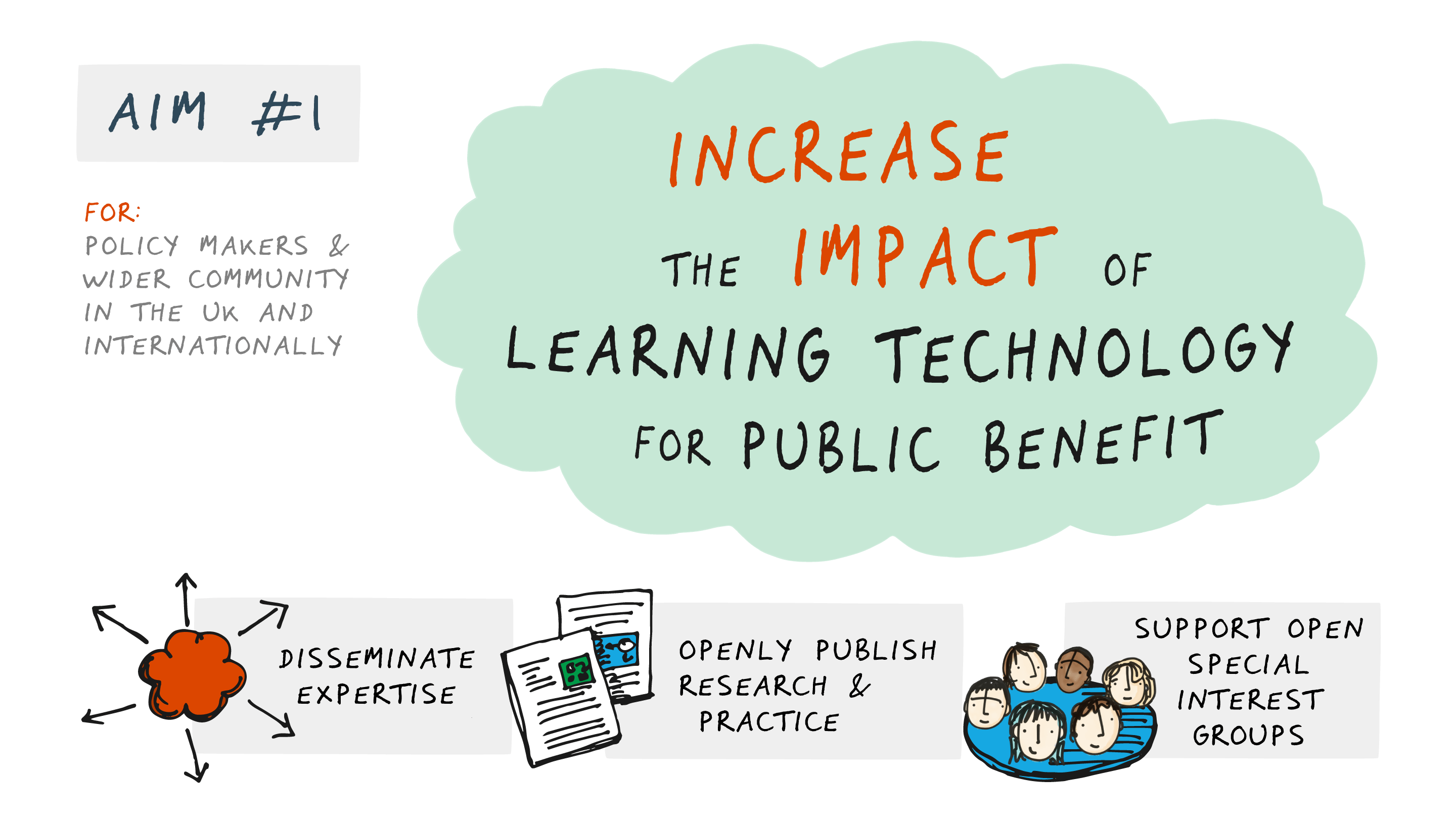 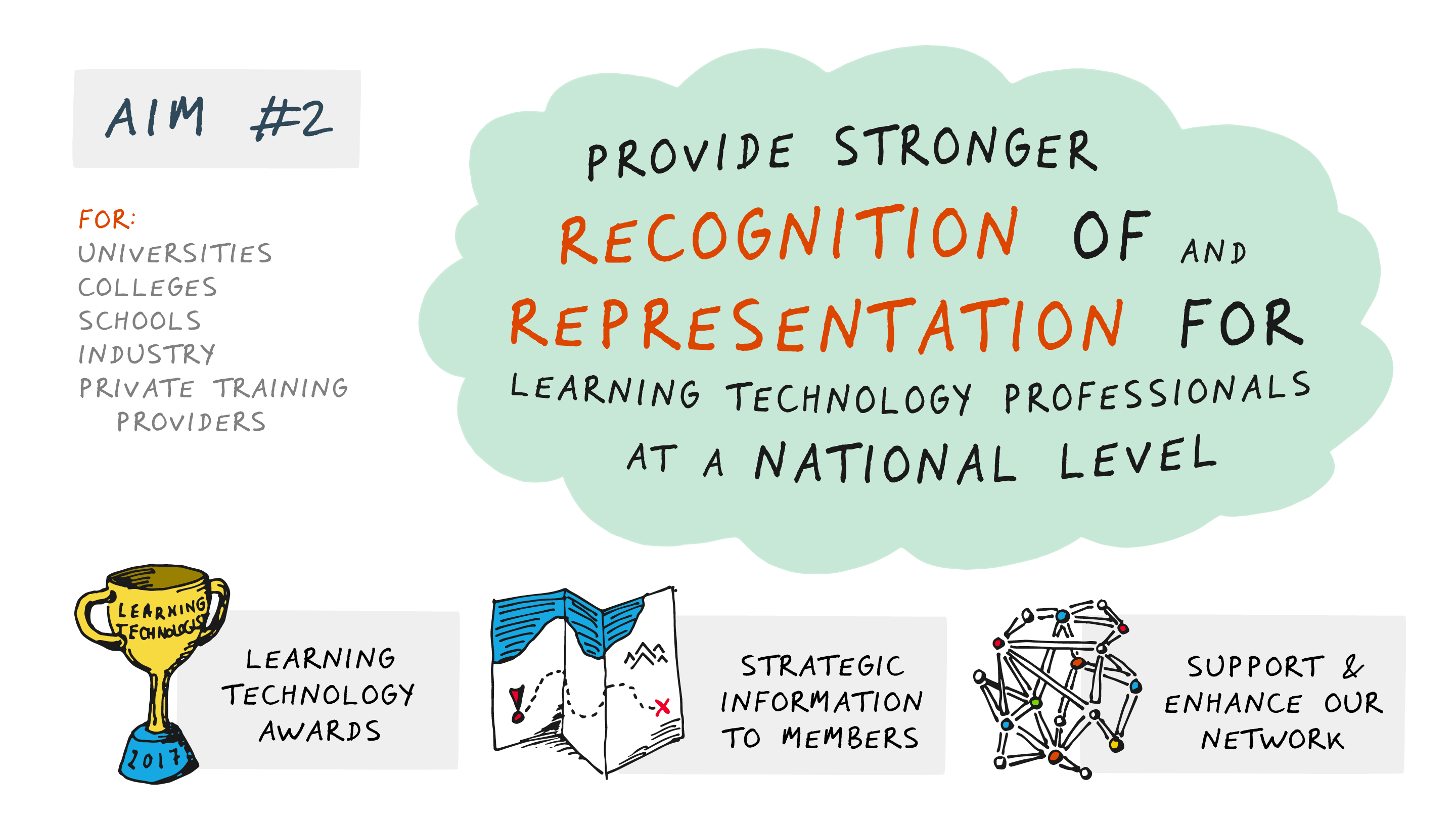 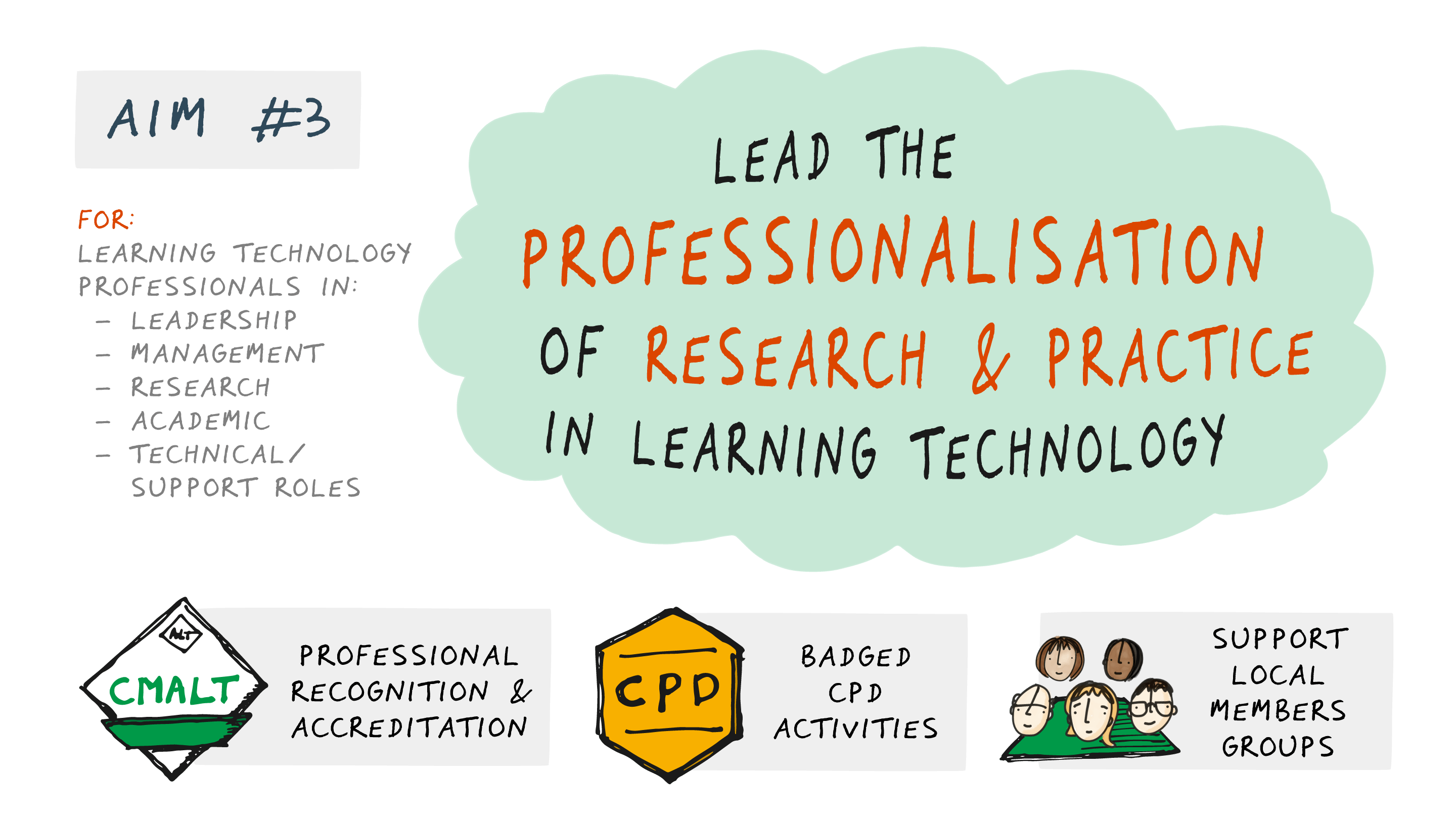 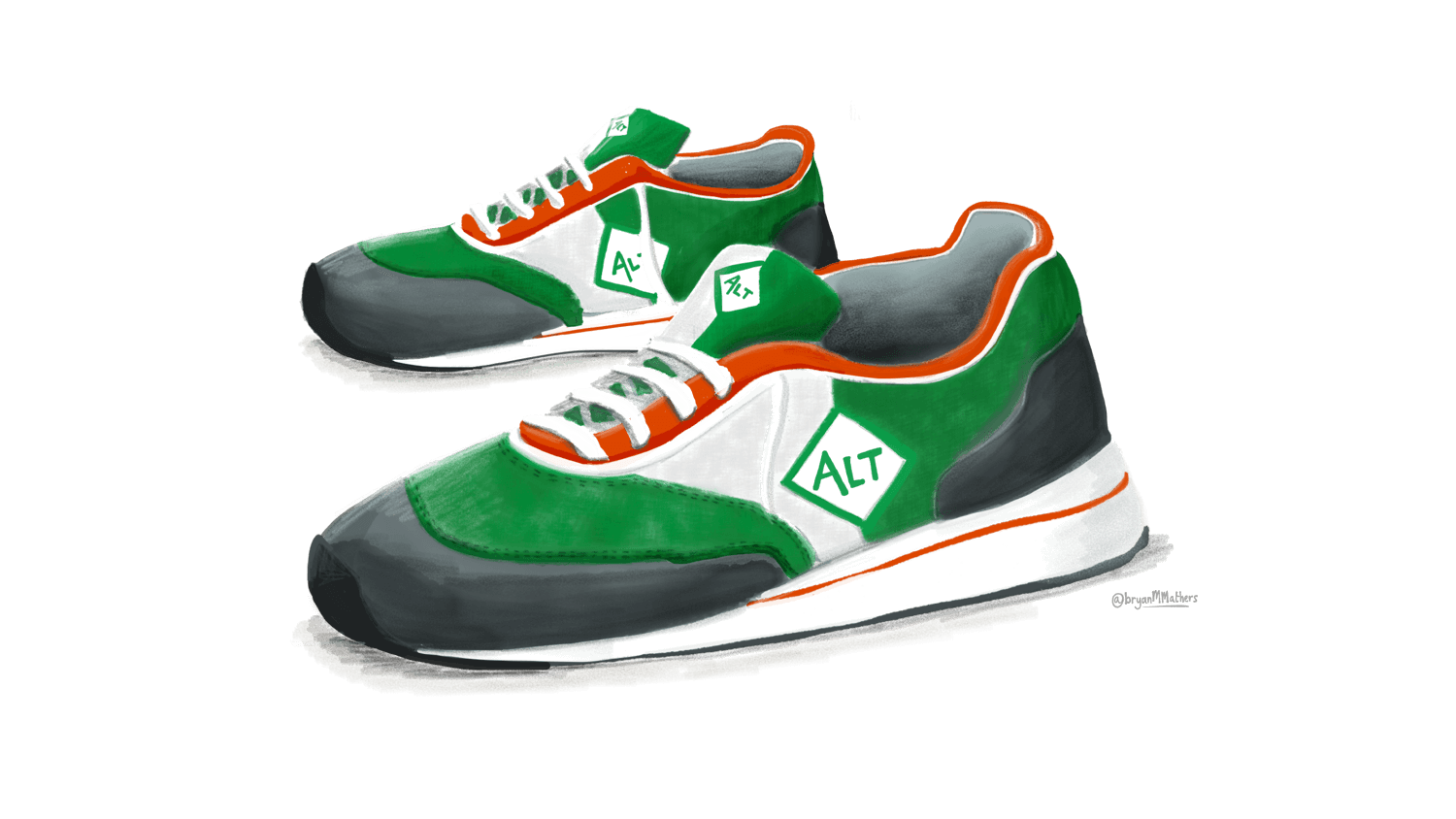 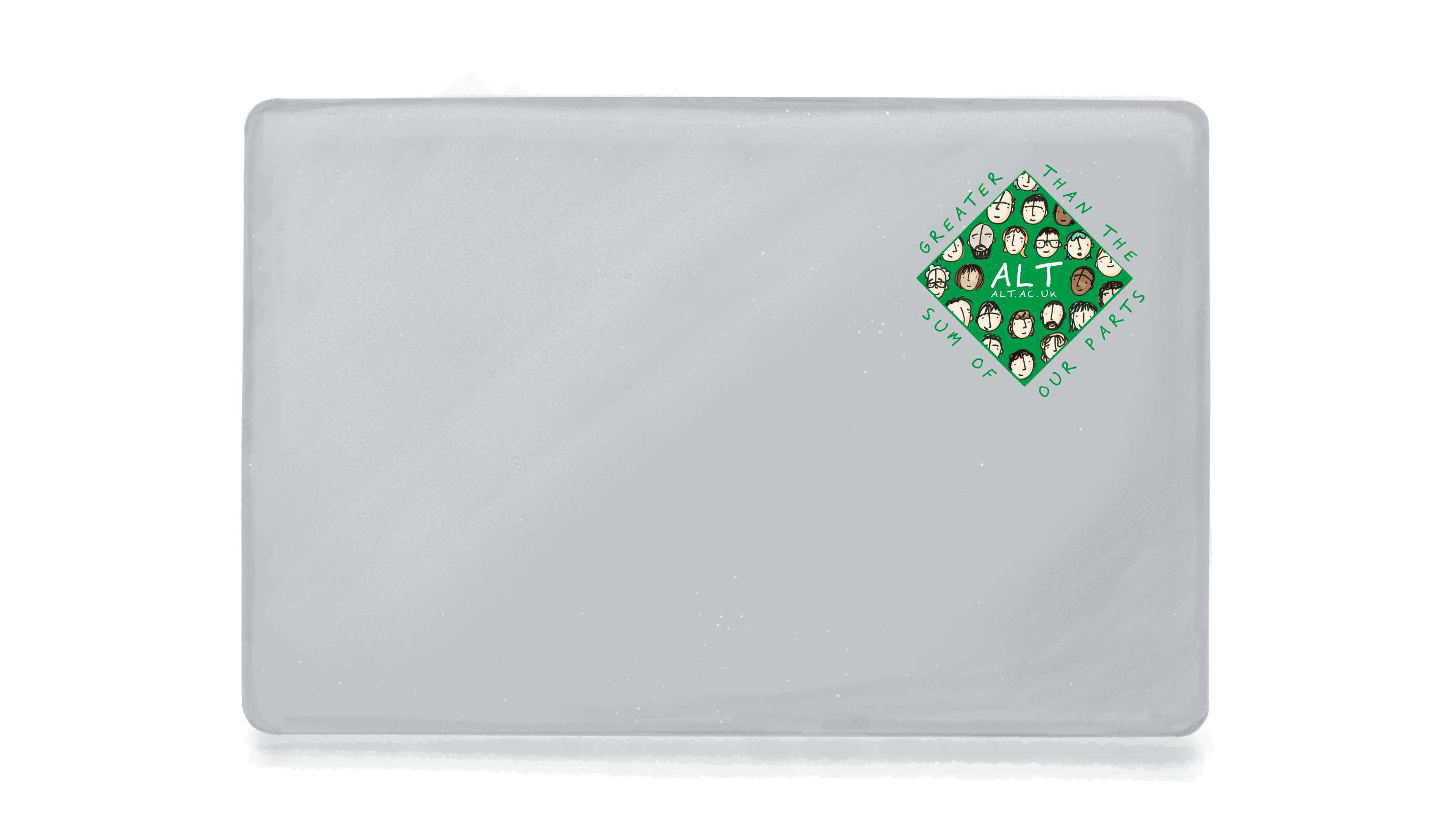 Telling a Story
And so, this becomes the primary challenge for visual thinkery; can we:

What we ended up creating really resonated with both members and non-members alike – but if you ask me, it was always going to. This is not magic – it’s artwork and aesthetic that’s rooted in a collaborative conversation.

If you want to have a closer look, here’s the published version in a presentation format designed to be delivered by any member. 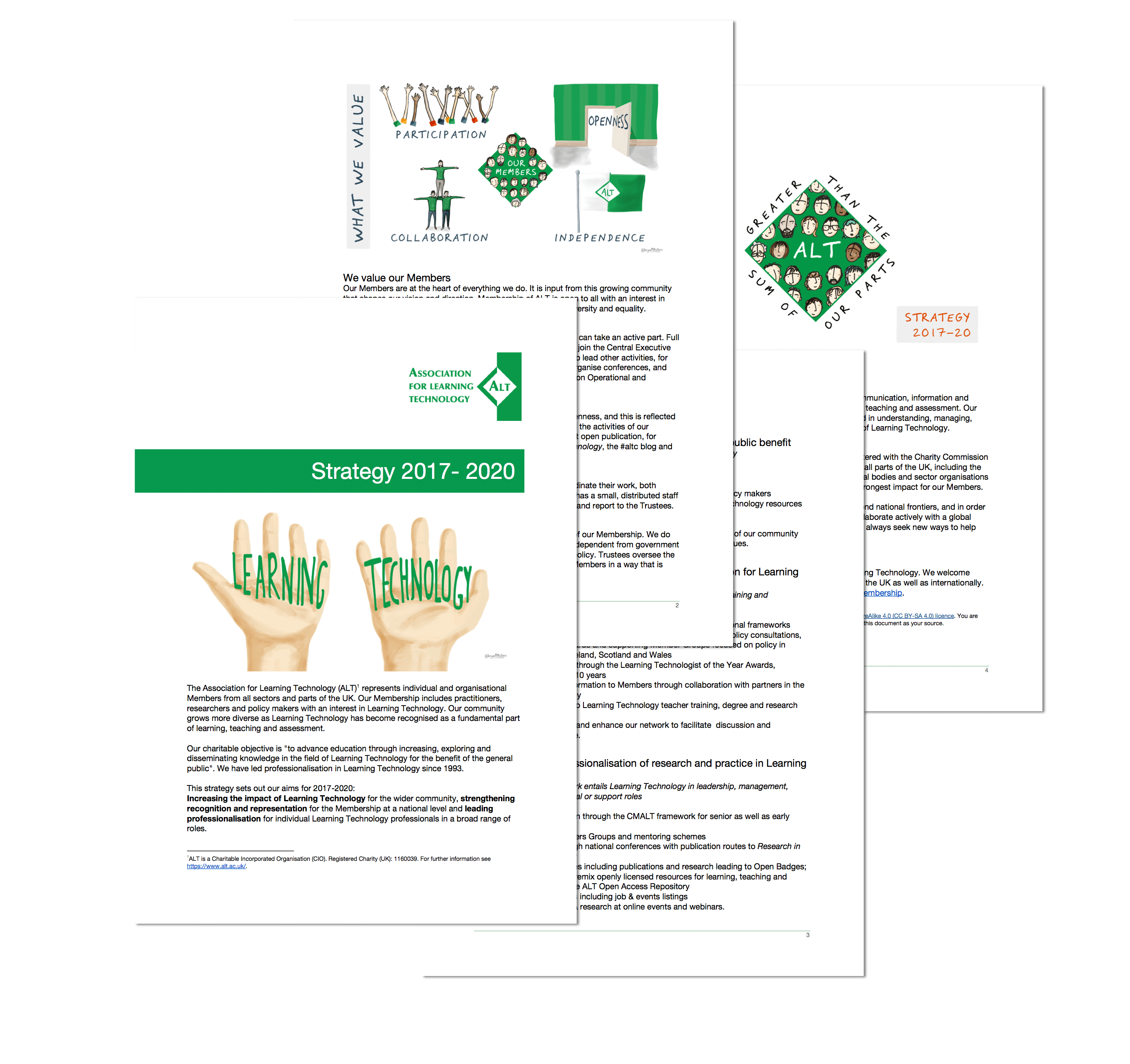 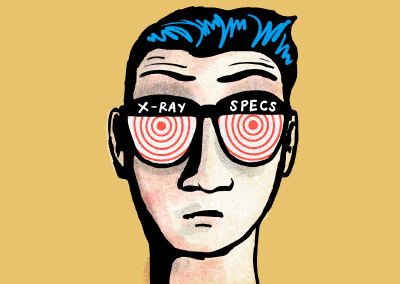 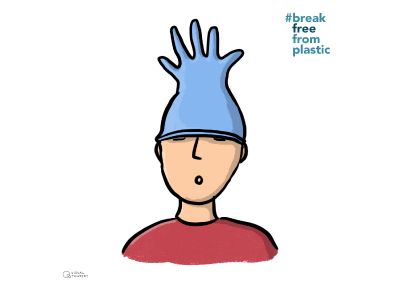 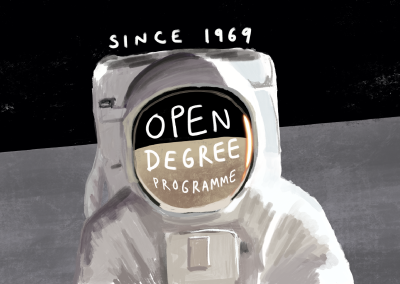